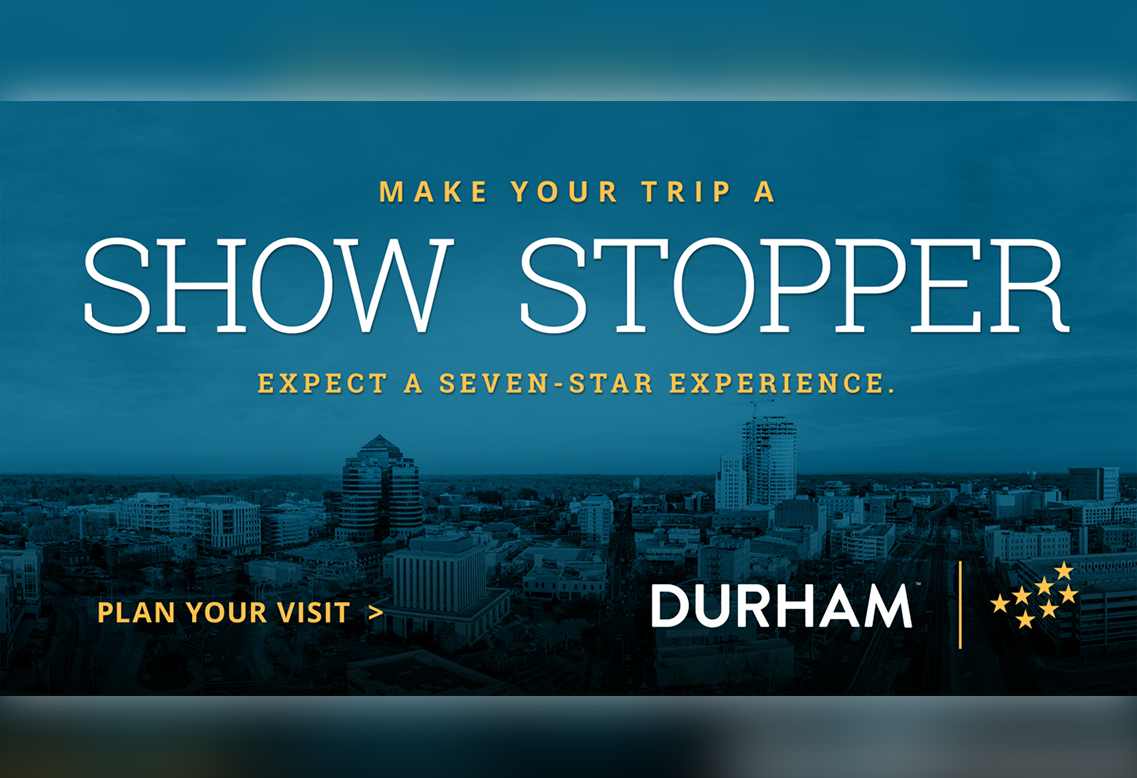 A seven-star experience is just around the corner.

Last Fall it was announced that Hamilton, the biggest musical in decades, was going on tour and scheduled to perform in Durham, North Carolina at the Durham Performing Art Center (DPAC) October through December.

Now, when an attraction like that comes to your town, it’s a big deal and the Durham Convention and Visitors Bureau (DCVB) knew it. They partnered with DPAC to co-market the show. They anticipated Hamilton would draw in visitors from 300 miles away to see the show and stay an evening. With that in mind, they wanted to create a campaign that would excite and entice visitors to explore and discover Durham during their stay.

Within recent years, Durham has experienced an explosion of growth in downtown and the surrounding areas leading a revival in the local arts, culture, restaurants, and entertainment. Durham has a unique and rich history with pioneering achievements, and a diverse and remarkable culture with many places and activities to see and do.

To communicated this, DCVB brought on Mitch Wallace Creative (MWC) to create and explore concepts and art directions for an advertising campaign. The concepts varied from a lyrical music tie-in to Hamilton, to discovering the new changes of Durham, and to a stellar seven-star experience. All concepts circled around the ideas of “Durham is a destination on par with the great for theater, culture and art” or “If you’re coming to see Hamilton, there’s more to explore.” Once concepts were developed they were presented to the DCVB’s copywriters for strong and cohesive headline options before presenting to the rest of the DCVB marketing team.

The approved direction was “Expect a seven-star experience.” This concept played off of the common 5-star rating systems and the 7 stars in the Durham flag. When combined with a skyline portrait of downtown Durham, a captivating headline, and a focus on the city’s flag star formation, the concept comes together to tell an enticing story.

Web banners and social media assets were created from the concept keyframe. All with the call-to-action linking to their tourism website.