Ansible by Red Hat is a software and code language that helps IT managers automate, manage and deploy system configurations quickly and easily. The marketing team was looking for a new and fresh look and feel for their upcoming campaign for Smart DevOps. The goals were to speak about Smart DevOps accurately and in a way that stood out amongst the industry, while still holding the values of Ansible.

DevOps, as a practice, bridges the gap between the software development and software operations and Smart DevOps with Ansible incorporates seamless system automation.

The solution was to explore directions involving compatibility, partnership, growth, automation, interaction, and scalability. The selected direction illustrates Smart DevOps through a ripple of water visual motif as it tells the story of simplicity, scalability, and automation. 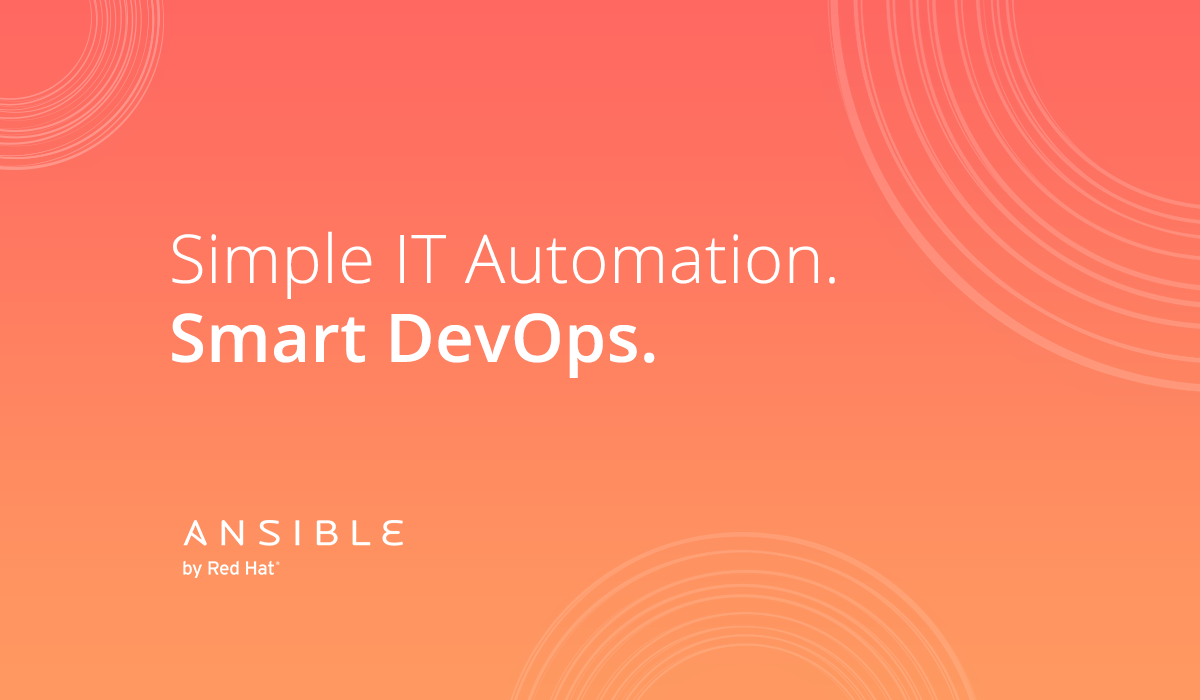 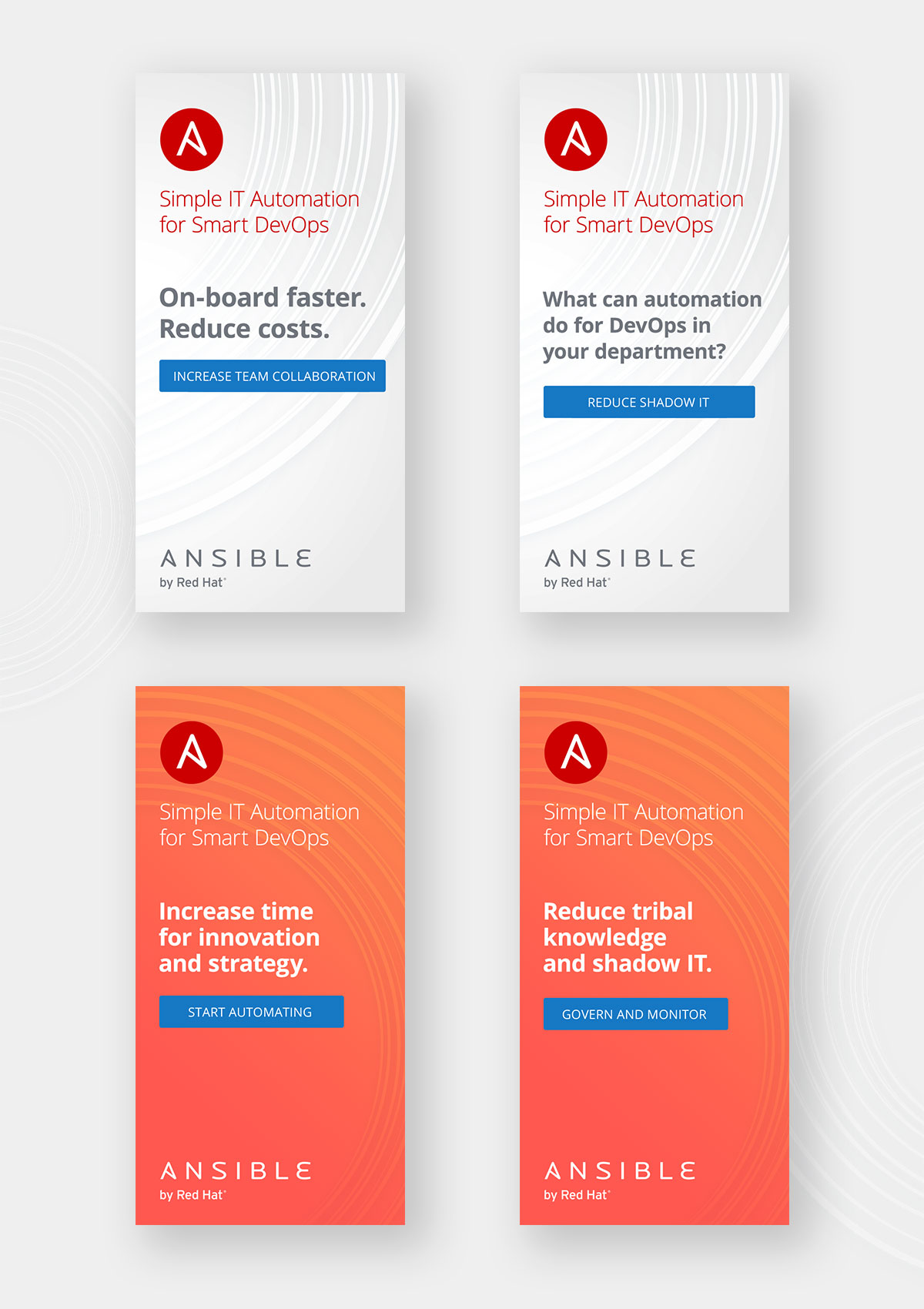 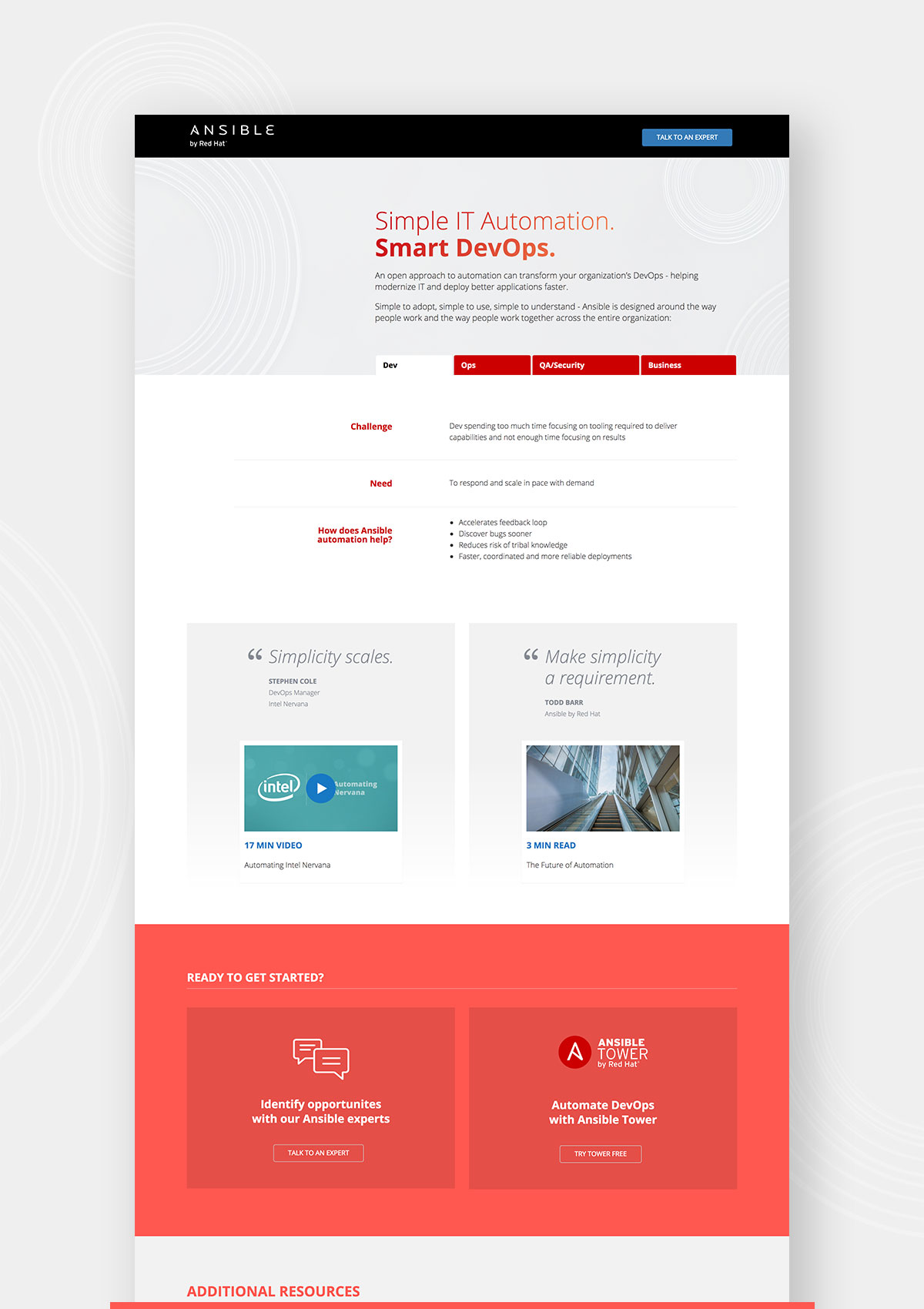 Let’s work together
Get Started